Routes to visit Teide by car 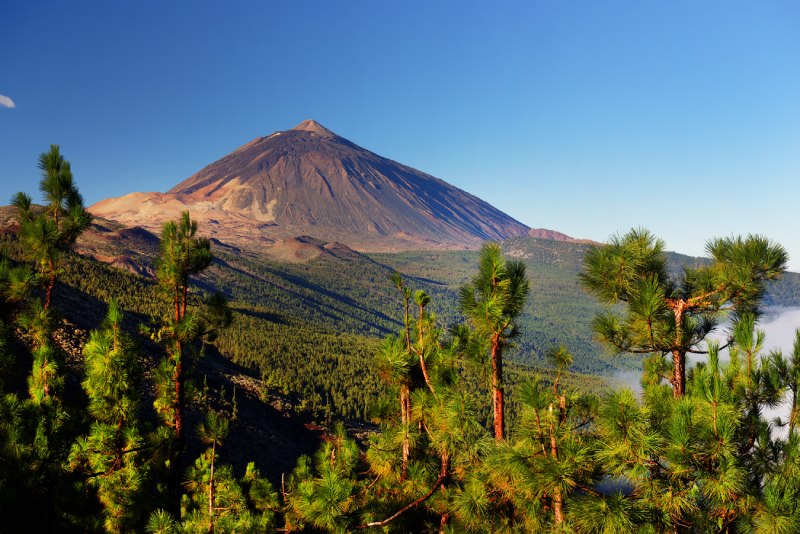 If you are visiting the island of Tenerife, the ascent to the highest peak in Spain, in  Cañadas del Teide, is an excursion not to be missed.

If you are thinking of visiting Mount Teide by car, bear in mind that you will only be able to drive up to the foothill of the volcano situated at 2,356 metres. At this point, you can leave the car behind and take a ride in the cable car up to the height of 3,555 metres, but you still haven’t reached the peak. You have to climb a little further on foot to reach Teide’s summit which stands at an impressive 3,718 metres above sea level. 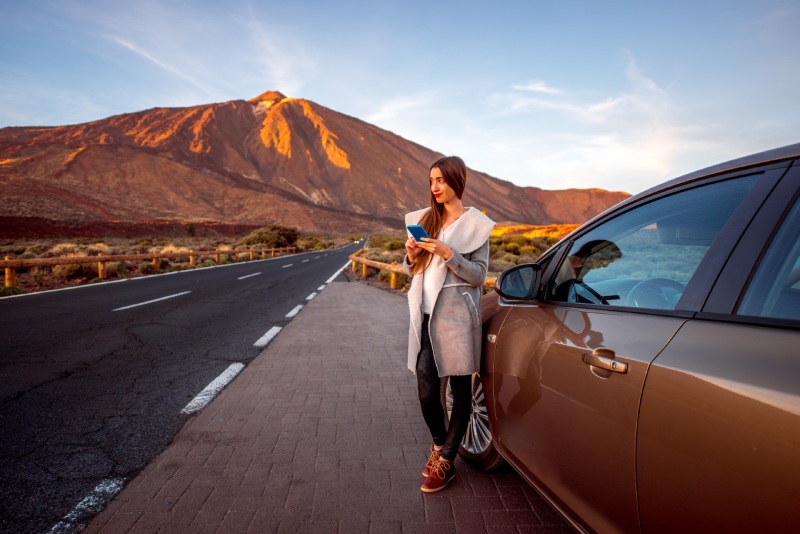 If you are wondering which is the best way to get to the Teide National Park, we recommend you drive up in comfort and in no rush with one of TopCar’s rental cars. You can choose one of the following 4 options depending on which part of the island you are located.

Driving up to Teide by car; how to reach the volcano’s foothill

Route through Chío from Los Gigantes; the easiest and quickest way if you are in the southern part of the island

The first route by car to Mount Teide that we are going to propose is known as the Chío route, ideal for those staying in the area of Los Gigantes, in the south of Tenerife, Costa Adeje or other nearby areas. This option is the best road to drive to Teide from the South of Tenerife.

The approximate distance of the route is 52 km (32.31 miles). You will drive up along the TF-38, a road with hardly any bends and well paved. As if that were not enough, this road gives you the chance to stop at the “Mirador de las Narices del Teide” a viewpoint from where you can enjoy impressive views of the two volcanic craters located just below “Pico Viejo” (Old Peak), which formed as a result of a volcanic eruption in 1798.

The ascent to the Pico Viejo volcano is also worthwhile. To reach the peak of this volcano, from Boca Tauce you take the TF-38 road on foot in the direction of Chío. After about 600 metres you turn right, moving off the road and onto the hiking path number 28, also called Chafarí. Upon entering the path you can clearly see the lava front of the Chahorra Volcano (also known as Pico Viejo). 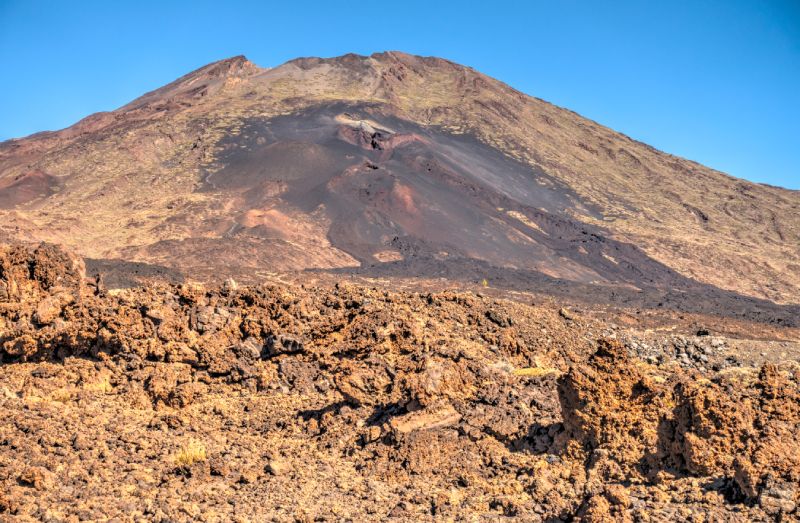 Route to Arona-Vilaflor from Los Cristianos or Las Americas; with a lunar surprise along the way

Although this 47 km (29.20 miles) route has more curves and a less comfortable road than the previous one, it is well worth it if you choose to make a few stops along the way up or down to visit some of its different points of interest.

We particularly recommend the village of Vilaflor de Chasna, which, in addition to being the highest village in Spain, also hides a fascinating surprise: a hiking tour that leads to a lunar landscape that impresses everyone. 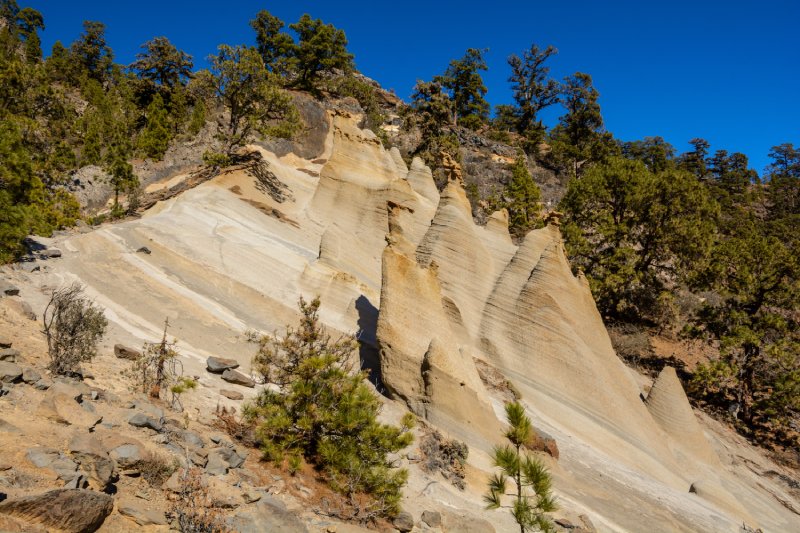 You can also visit Pino Gordo, a pine tree located in the heart of Vilaflor, which is over 45 metres high and has a width of 3.16 metres, and the Juan Évora Ethnographic Museum located in Guía de Isora.

Route via La Esperanza from Santa Cruz; the most beautiful way up to Teide

If you are staying in the north of the island and you intend to visit the famous volcano, driving to Teide through La Esperanza on TF-24 is the best option.

If your starting point is Santa Cruz de Tenerife, you have 64 km (39.77 miles) to go, whereas if you start from La Laguna, the route will be reduced to 55 km (34.18 miles). This is one of the most popular routes among visitors, as this road runs through some of the most beautiful spots in the area.

Although the Teide National Park has an endless number of impressive landscapes, nothing can match the “Mirador de la Tarta” (Cake Viewpoint) and the famous 'Tarta del Teide' (Teide’s Cake), with the different geological layers of Las Cañadas, similar to the layers of a cake. 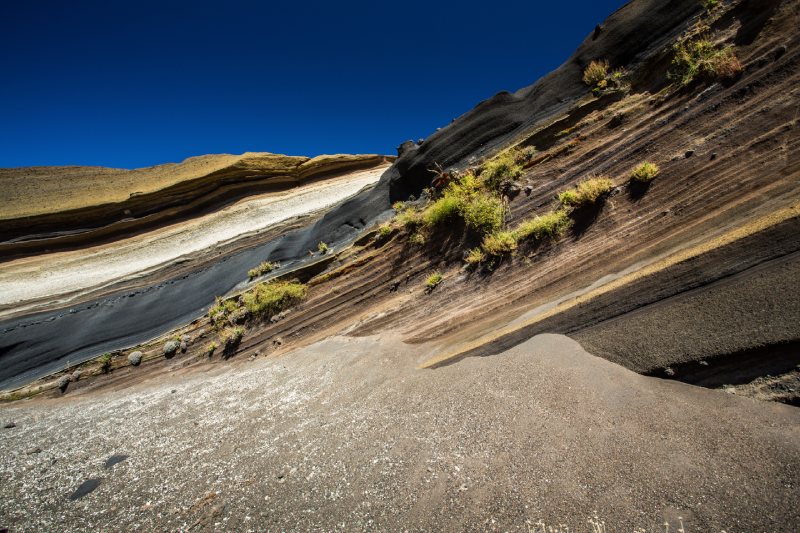 Also from this height, you can enjoy the beautiful sea of clouds that usually forms in this area, also known as “Panza de burro” (nothing to do with the animal named in Spanish, but more to do with low cloud cover formation around the Mount Teide) as a result of the trade winds from the Azores anticyclone.

One of the main places of interest along this route is the Teide Observatory, which you can visit during the daytime, and learn a little more about the study of the sun with the best European solar telescopes.

This option is especially recommended if you are thinking of visiting Teide from Puerto de la Cruz. It is just a 45 km (27.96 miles) drive, although the TF-21 road is somewhat more complex than the rest.

The main attraction of this route is its passage through La Orotava, one of the most recommended municipalities on the island with several points of interest such as the Plaza de la Constitución, the Liceo Taoro or the Victoria Gardens. 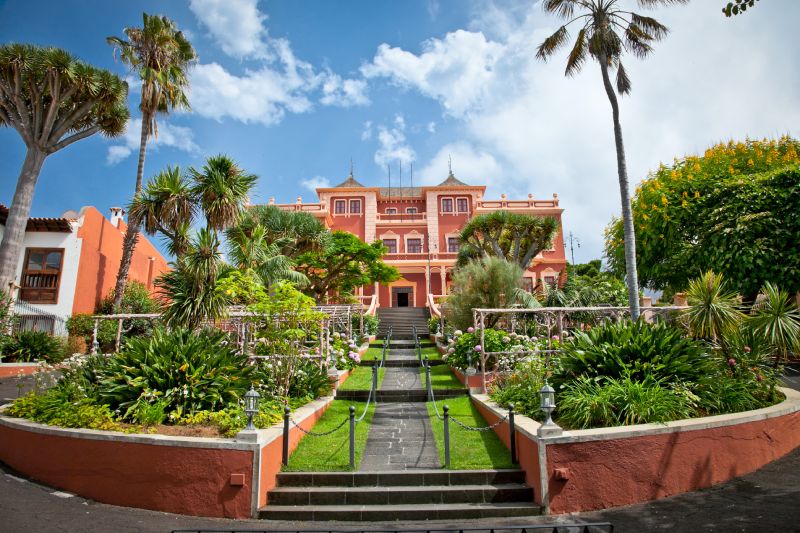 Those looking for cultural activities during their stay will be delighted to visit the Pinolere Ethnographic Museum and Park, an ideal place to learn a little more about the customs and traditions of the people of the area.

La Caldera, a natural attraction on the way, is a recreational area located in the highlands of La Orotava, perfect to take a break and enjoy the surroundings.

As you can see, each part of the island has its own route to visit the Teide National Park, depending on where you are.

However, if any of the points of interest we have suggested seems particularly interesting to you, don't hesitate to change your route to take the path that best suits you, even if it means that the journey will be slightly longer. We're sure it will be worth it!