Iconic Places to see in Tenerife 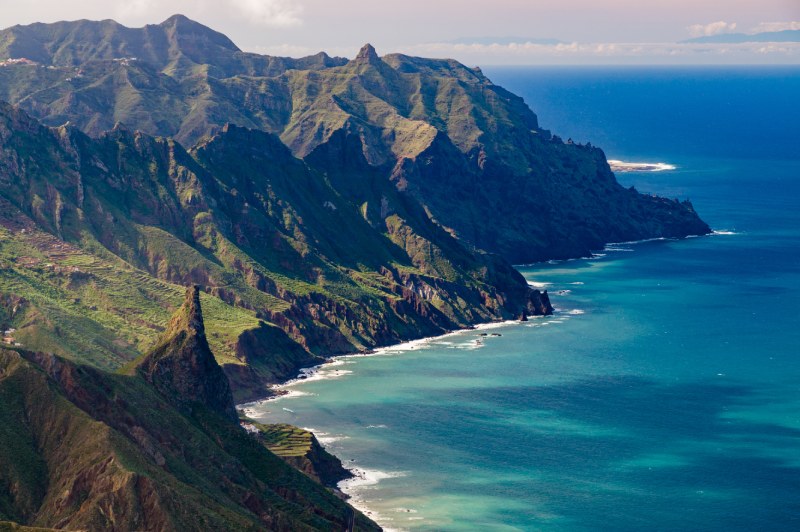 Tenerife is one of the largest of the Canary Islands and has both arid and green landscapes.  The island enjoys a subtropical climate with few drastic temperature changes. There is a reason as to why it is called the island of eternal spring!

Because of the good temperatures all year round, no matter what season it is you will be able to enjoy a wide variety of things to do in Tenerife. Whether it's visiting areas of nature, doing any kind of sports (water sports, hiking, scuba diving) or enjoying a stroll through its beautiful and traditional villages.

We recommend renting a car with TopCar to explore an island that is sure to impress. The North and South of the island of Tenerife have very distinctive and unique tourist attractions. Wondering what places to visit in Tenerife? Let us tell you all about it!

What to see in the North of Tenerife

The northern part of the island of Tenerife is characterized by its black sand beaches of volcanic origin, as well as some hidden and difficult to access areas that have managed to preserve their natural and practically virgin beauty until today.

The northern area is not as touristy as the south, which makes it the ideal place to get to know the local traditions and culture. Its more mountainous landscape makes it a small paradise for hikers, full of unique routes where you can soak up the wild nature of the island.

If you want to know what things to do in the North of Tenerife, here are 3 interesting suggestions to help plan your trip:

The Village of Masca

Known amongst tourists and locals as one of the most beautiful villages in Tenerife, Masca is hidden in a valley surrounded by deep ravines and cliffs.

This small northern village is well known for having been a pirate hideout due to its discreet and strategic position away from the rest of the island's population.  As a village that cannot be seen from the sea, pirates used this place to rest and store their treasures between raids.

Wandering through its steep streets is enough to make you fall in love with the place. The Hermitage of the Immaculate Conception, built in the 18th century, is worth a visit.

For the more adventurous visitors, we recommend a trekking route through the Masca ravine. However, it is important to plan your departure in advance as there is a daily limit to the number of visitors to the ravine. Furthermore, the descent and ascent of the ravine takes approximately 6 hours. 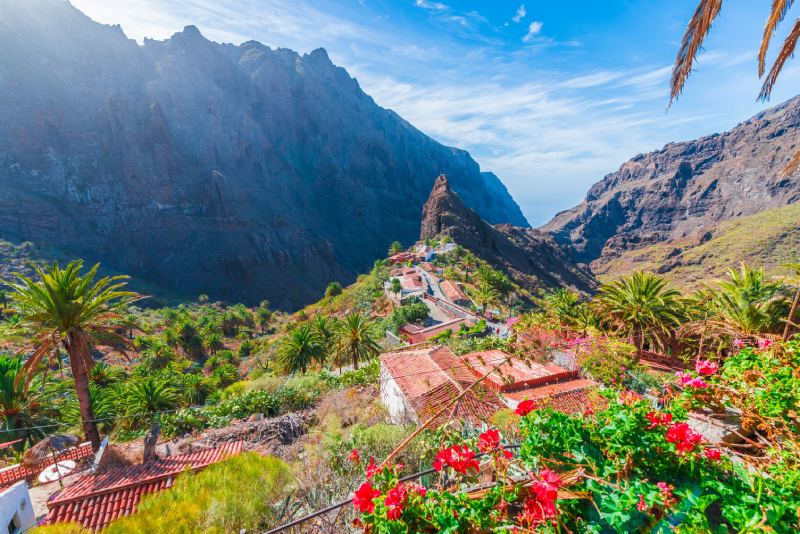 The Anaga Rural Park is a protected area located in the Anaga Massif. The most characteristic feature of this dreamlike spot is the striking emerald green colour that covers its mountains.

Some of the species that make up its vegetation are the heather, willows and mocans, as well as its spectacular laurel forests that will make you feel as if you were in the Amazon jungle itself. An exhibition of nature!

If you have a passion for walks surrounded by nature, you will love Anaga, as it is full of paths along which the ancient inhabitants of the area used to walk to reach other towns before there were roads and cars.

The Sendero de los Sentidos (Path of the Senses) is a highly recommended route for beginners. Also very worthwhile is the La Ensillada - Cabezo del Tejo trail, popularly known as the Enchanted Forest Trail, a circular route that will take you through some of its best-preserved corners and takes about four hours to complete.

Another option is to visit some of its many viewpoints, such as the La Jardina viewpoint, from which you can see the city of San Cristóbal de La Laguna in all its splendour. There is also the Cruz del Carmen viewpoint, which on a day with clear skies has one of the best panoramic views of the island.

We recommend a visit to the Historic Centre of La Laguna, as it is relatively close to the rural park and is a nice way to end the day in this part of the island. 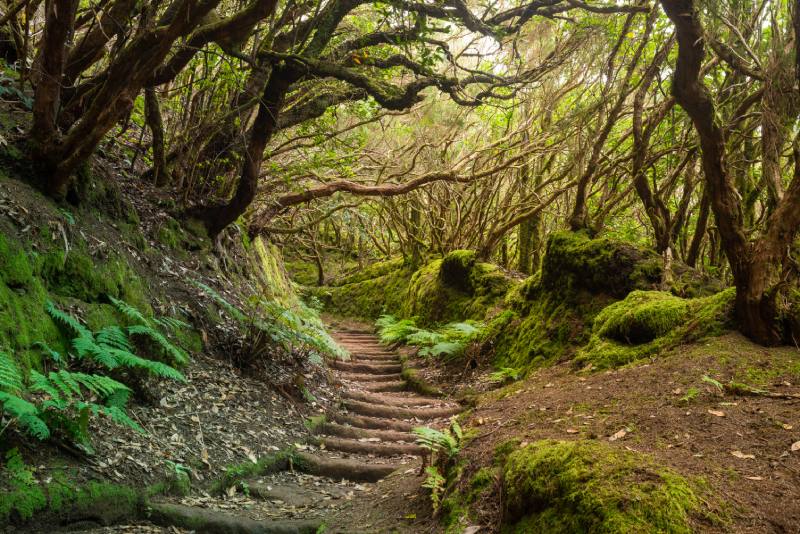 Obviously, a list of what to do in Tenerife wouldn’t be complete without mentioning the most visited natural enclave on the island: Mount Teide.

This volcano, at 3,715 metres above sea level, is the highest point in the whole of Spain. Undoubtedly, a unique volcanic landscape that you will only find in a few places in the world, and luckily, Tenerife is one of them!

The National Park of Teide is full of hiking trails, although, without a doubt, the most popular option is to ride up in the cable car to a height of 3555 metres of the imposing volcano to enjoy the beautiful views of the whole island.

Another of the most popular activities on Teide, and one that you must do in Tenerife if you are an astronomy lover, is to visit one of the high points of the mountain to see the stars at night time, as it is one of the most privileged places in the world for this activity thanks to its low light pollution and favourable weather conditions. 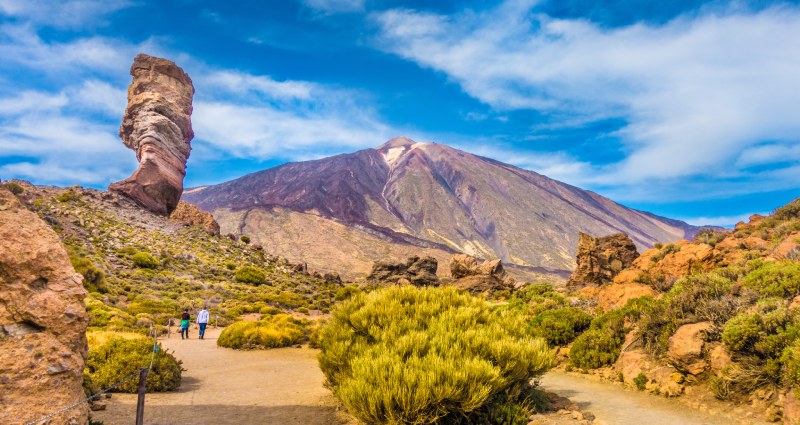 The Town of Garachico

Another of the most spectacular villages to see in the North of Tenerife is Garachico. This village is less known compared to others, but has an important historical past on the island, as it was once the most important commercial port in Tenerife.

Unfortunately, in 1706 the Trevejos volcano erupted and buried a large part of the town, which meant that the port became inoperative.

Despite this, Garachico still preserves its natural charm. The volcanic landscape that surrounds it, as well as its architectural heritage, which has been fairly well preserved to the present day, make it one of the most impressive places to see in northern Tenerife. In fact, it was declared an Asset of Cultural Interest in 1994.

Particularly noteworthy are the natural pools of El Caletón and the Puerta de Tierra, a leafy park full of exotic plant species. 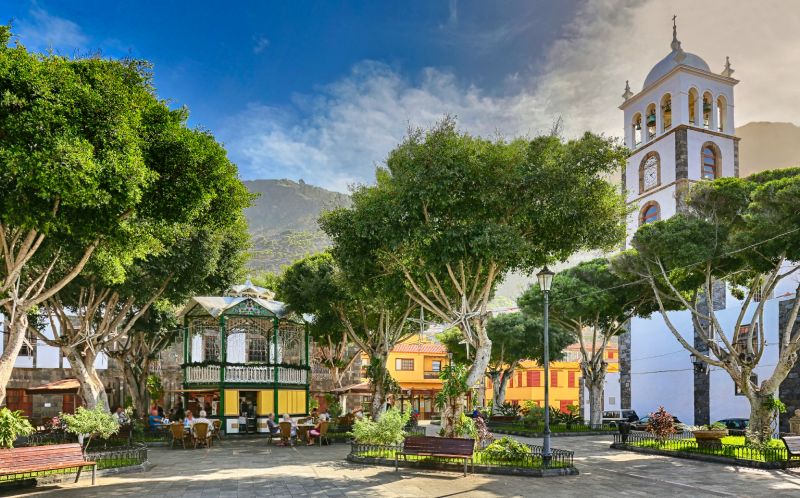 What to see in the South of Tenerife

The volcanic beaches are a trademark of Tenerife, but in the southern part of the island you will come across some golden sandy beaches.

Among the things to do in the south of Tenerife, you won’t find outstanding nature trails in the mountains, but there are some natural enclaves that are well worth a visit.

The southern part of Tenerife has a much wider range of leisure activities than the north. This makes it the most touristy part of the island, although it is no less interesting for that reason.

One visit to this spectacular natural enclave in the south of Tenerife is all it takes for you to surrender to the magnificence of what nature is capable of creating.

Los Gigantes is an enormous rock wall overlooking the sea, located within the Teno Rural Park. These cliffs are so imposing that the aborigines of the Canary Islands referred to them as "the wall of hell". Some parts are even over 600 metres high!

As if that weren't enough, the place offers a multitude of interesting activities, such as taking a dip in its natural swimming pool, a kayak, boat or jet ski ride outing; and of course, the classic whale watching, as this part of the island is a privileged location for this sort of activity. 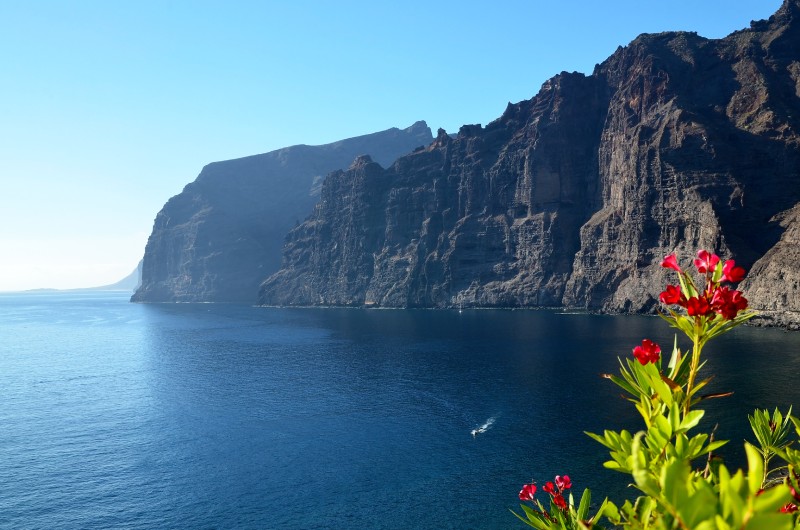 The village of El Médano is a paradise for any self-respecting surfer. Its extraordinary weather conditions for windsurfing, kitesurfing and surfing make it a place of pilgrimage for all lovers of these sports from any part of the world.

If you are wondering what to do during your stay in Tenerife, we certainly recommend you try one of these water sports, or go on one of the many hiking trails, such as the ascent to Montaña Roja, a 171-metre high volcanic cone which, as its name in Spanish suggests, has a striking red colour.

At its feet lays one the most known beaches in the area, the beach of La Tejita. It is also worth visiting the World War II bunkers that can be found in several parts of the territory, as well as an impressive abandoned antenna that looks like something taken out of a post-apocalyptic scenario.

Although Vilaflor is quite a beautiful village, it does not have many sites of interest within its city centre. But it does boast one of the most impressive and surprising landscapes on the island: a lunar landscape created by the solidification of volcanic lava. 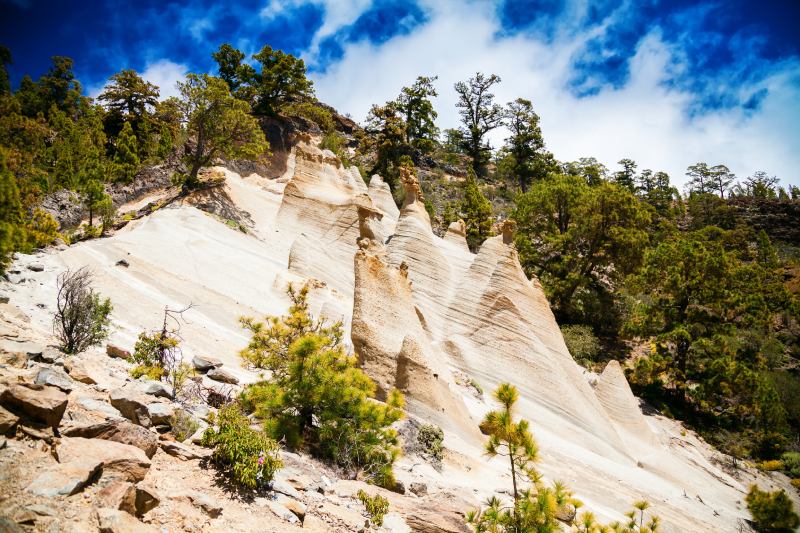 There is a circular hiking route of about 4 hours that will take you this magnificent natural space. Undoubtedly, one of the most special landscapes to visit in the southern part of Tenerife that will remain etched in your memory for a long time.